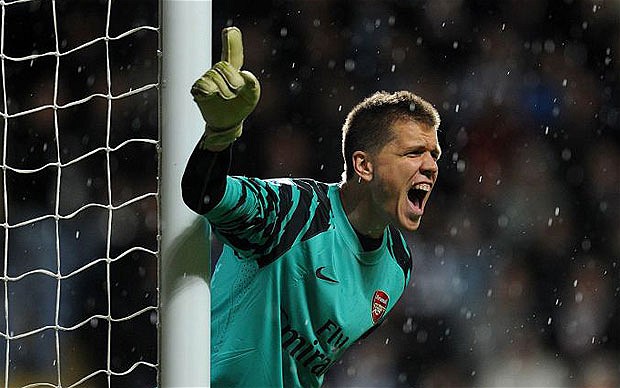 He is indeed number one.

Young Arsenal goalkeeper Wojciech Szczesny has been voted into the all time greatest Arsenal players XI, as voted for by Tottenham Hotspur supporters.

The organisers of the poll stated that his “tremendous” performance in today’s Carling Cup final defeat as being responsible for his late surge into the starting line-up, replacing previous number one Manuel Almunia.

Sources closest to the Arsenal keeper have stated that “Wojciech thinks this is a great honour.  It’s usually so difficult to break into a side that is often dominated by George Graham’s midfield signings.”